Congratulation to Natalie Chen for being elected as our new VP Academic: 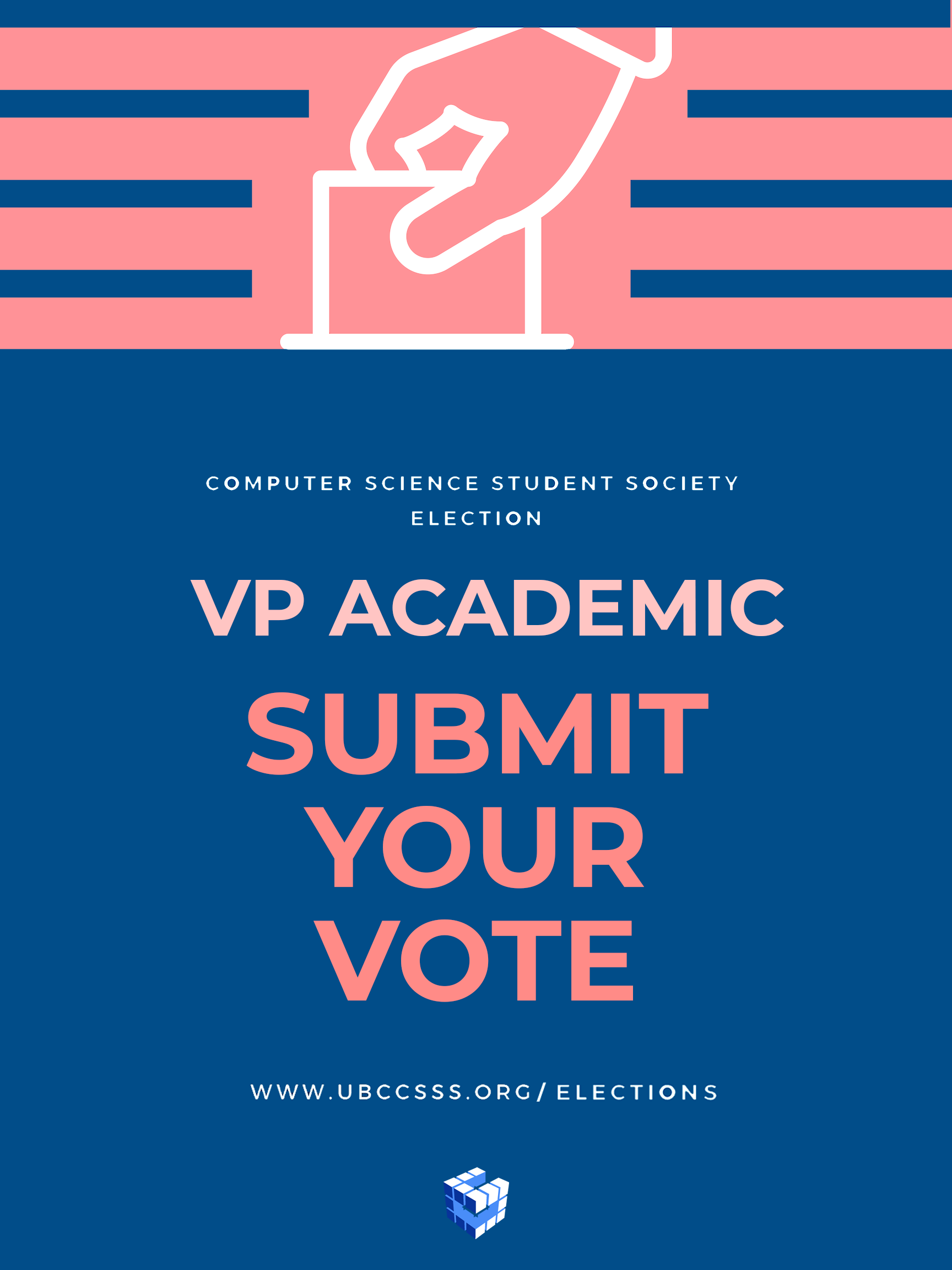 💼The CSSS is having an election for a new position! 💼 Due to some technical difficulties, the voting system was not open on time. Thus, we are going to extend the voting period to Sept 24, 11:59 PM. Exercise your right and vote!

The Computer Science Student Society will be looking to hold a general election for the position of VP Academic.

The VP Academic shall:

The election process will be divided into two phases, nomination phase and voting phase.

In the nomination phase (Sept 3 - Sept 12 11:59 PM), interested candidates will need to receive at least 10 nominations from CS students to be eligible to move on to the voting phase. Nomination forms can be picked up at the cube (ICICS 021), and must be returned before Sept 12 11:59 PM. If the cube is locked, please slip your forms under the door.

In the voting phase (Sept 13 - Sept 18 11:59 PM), eligible candidates will be voted in through an online election system, the candidate with the most votes at the end of this period will be elected to the position.

Everyone is encouraged to participate in the voting and nomination process!

A couple of administrative updates:

An election will be called for the new VP Academic position in September, stay tuned for more information on how to run for this position.

VP Academic is expected to:

The CSSS is running elections for the 2019-2020 executive team! Vote from March 18th to 22nd for your new CS overlords. Winners will be announced at our Semi-Annual General Meeting!

View positions and their descriptions in By-Law 8 of our constitution.